This weekend, the WSFA Small Press Award winner was announced at Capclave. We had three stories on the ballot (“Cat Pictures Please” by Naomi Kritzer, “The Empress in all Her Glory” by Robert Reed, and “Today I am Paul” by Martin L. Shoemaker) and a long history of other finalists since this award first launched. On several occasions, it has been joked that we are the Susan Lucci of this Award… many nominations, but never a win.

Sadly, Naomi, Robert, and Martin were not able to attend. I have a small stack of unread acceptance speeches from our prior finalists, but nothing in hand from this year’s crew. Naturally, this was realized just before dinner that evening–the award ceremony was to follow–, so I came up with a quick emergency plan.

When they announced that “Today I am Paul” won, I made my way to the stage, briefly stopping to thwack a friend (I believe he started the Susan Lucci reference). When I reached the stage, I said something along the lines of:

“So, I’ve been told that we’re the Susan Lucci of this award, so at dinner, I decide to see what she had to say when she finally won her Emmy and it works, so…”

I then read a slightly reworded version of the first paragraph of her acceptance speech and then went on to say that in all seriousness, thank you. I know that Martin would have liked to have been there, but the cost of travel being what it was, etc. Instead he was at a convention more local to him that weekend. I mentioned that I knew the story was very personal to Martin and that this award would mean a great deal to him. I forget what else I said, as is typical to these moments.

At one point, the crowd mentioned I should call him, but I didn’t have his number, so we took pictures instead. The audience cheered while I took their picture, then had me capture shots of the screen and, for some reason, the ceiling. I then retreated to the sidelines to try to reach Martin by email and Twitter. The actual award showed up later, so I took pictures of that and his certificate as well. After I noticed he surfaced on Facebook, I posted photos to his wall for all to see. 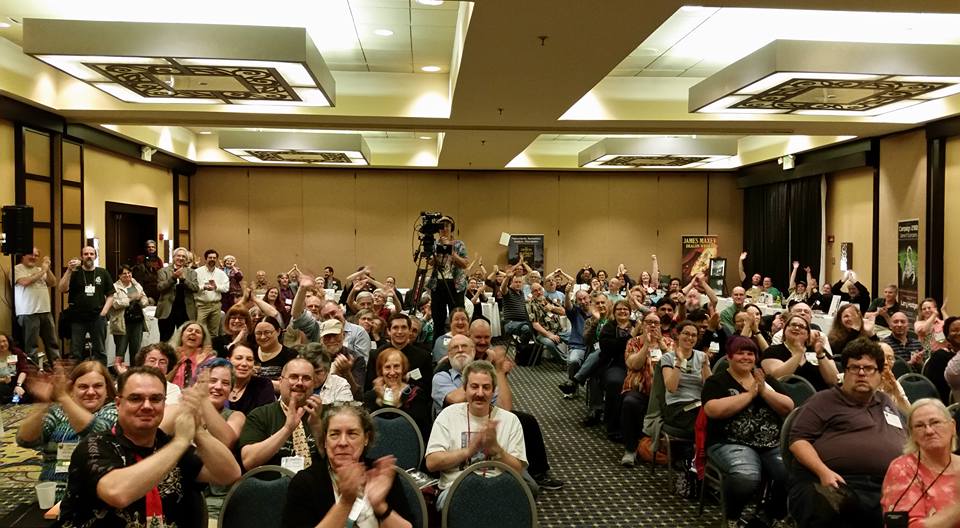 I couldn’t be happier for Martin. Aside from publishing it in Clarkesworld, I made it the lead story in the first volume of Best Science Fiction of the Year. It’s an amazing tale and as I mentioned, a personal–and very moving–one to boot. If you ever have the chance to hear him read it, do so.

By the way, later Martin asked if I started the speech with “Today I am Martin.” That’s why he’s the writer and I am not. Wish I had thought of that one!

Here’s a photo of the actual award. They give one to the publisher and one to the author–which I think is a really nice gesture on their part–so I’ll have one on my shelf too. I’ll be sending Martin his when the post office reopens tomorrow. 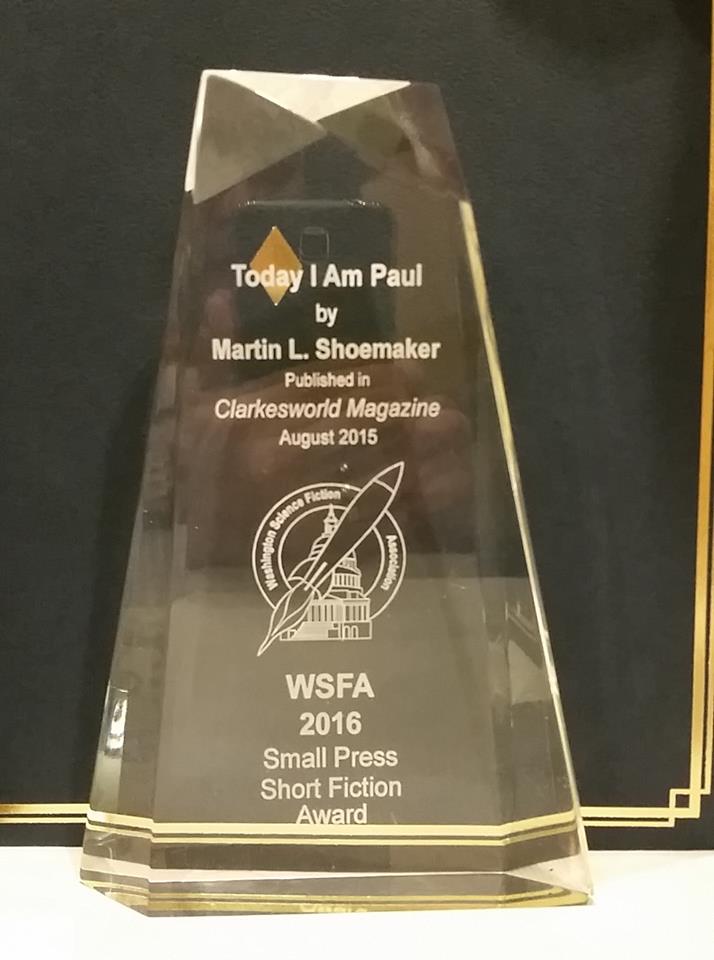