After three prior World Fantasy Award nominations, I had grown accustomed to sitting in the back of the room and staying there as the winners were declared. No stress. We knew we wouldn’t have to get on stage… “Magazines never win.” I’m eating those words today.

Completely unprepared, Sean and I made our way to the stage. (Kate was on a family vacation in Disney.) Unlike the Hugos, I remember being on stage. I acknowledged that we expected to be staying in our seats and hadn’t written anything. I told everyone that this was the first time my family accompanied me to a ceremony, and I was very happy they were there for this moment. I thanked the judges, everyone involved in Clarkesworld, and our readers. I also warned my children that if they misbehaved on the way home, I would put the award in their room. I then turned it over to Sean. (These are the events as they played in my head. If I stood there and said BIM-BIM-BIM-AYEEEYEEEEEE for a few minutes, that would not shock me.)

We returned to our seats stunned and watched the rest of the slate of winners take the podium. It’s an honor to be among such an amazing group of people.

Afterwards, they took lots of pictures. Some serious. Some goofy. We had a lot of fun…. and then we all had to run. It’s so sad that the award ceremony is the last thing we do at World Fantasy Con. I would have liked the opportunity to celebrate a little with the people who helped make it possible.

Here’s a picture Lisa took of Sean and I with all three awards: 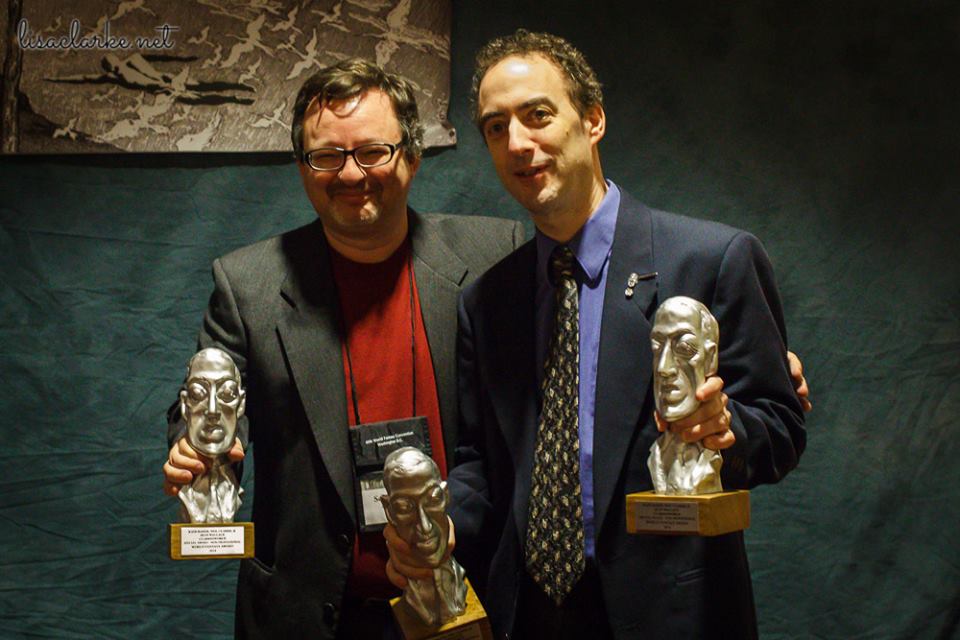