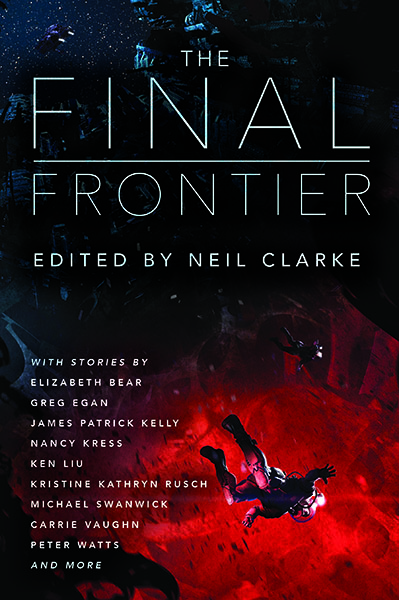 The urge to explore and discover is a natural and universal one, and the edge of the unknown is expanded with each passing year as scientific advancements inch us closer and closer to the outer reaches of our solar system and the galaxies beyond them.

Generations of writers have explored these new frontiers and the endless possibilities they present in great detail. With galaxy-spanning adventures of discovery and adventure, from generations ships to warp drives, exploring new worlds to first contacts, science fiction writers have given readers increasingly new and alien ways to look out into our broad and sprawling universe.

The Final Frontier delivers stories from across this literary spectrum, a reminder that the universe is far large and brimming with possibilities than we could ever imagine, as hard as we may try.

Not One of Us – Call for submissions