I’ll start this year’s dive into Clarkesworld Magazine submissions data with a by-country analysis. This builds on graphs I shared last year. 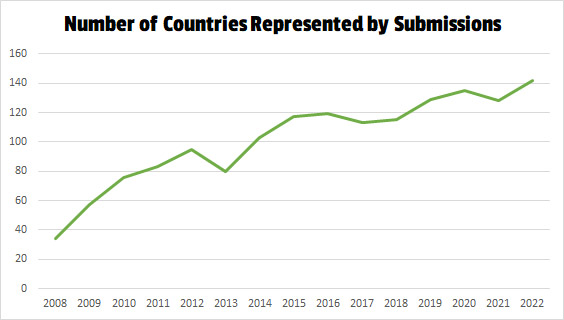 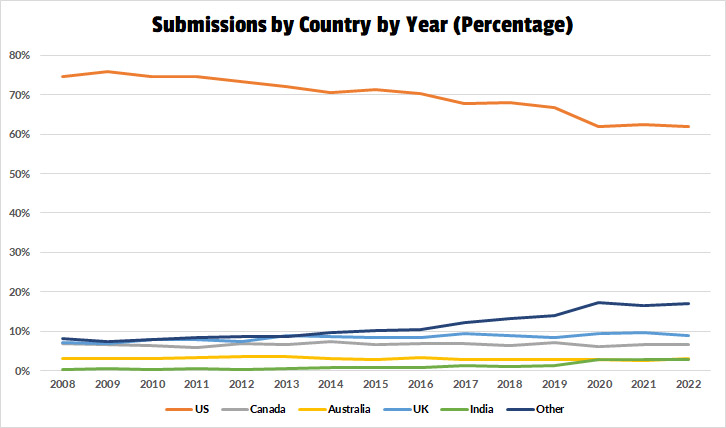 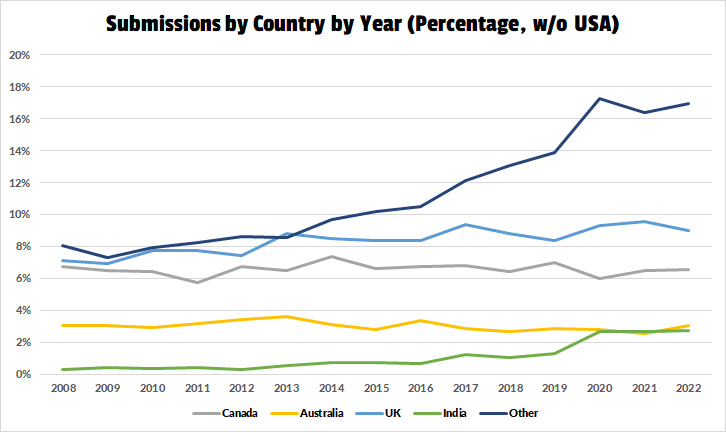 61.8% of all submissions came from the USA. It’s hard to tell in the graph, but it just beats 2020’s low of 62.04%. The number of submissions from the USA grew in 2022, but the rest of the world grew more quickly. We have actively encouraged submissions from around the world, but I do believe that part of this trend is natural growth. Unfortunately, we seem to be the only publication reporting this kind of data, so I have no way to verify that theory.

India and Australia continue to fight for 4th and 5th place, with Australia taking back 4th after losing it last year. Both countries increased in their total submissions in 2022. Australia just grew more.

The number of countries participating showed considerable growth over the prior year and showed the largest growth of all the blocks.

As I have noted previously, I dislike having to group 140+ countries into “other” the numbers for many of them are so small that they become practically invisible on the graph. Graphing them together also allows me to demonstrate their collective importance, despite their individual size.

Here’s a little more detail that breaks the top 15 (16 because of a tie) countries by submission volume. 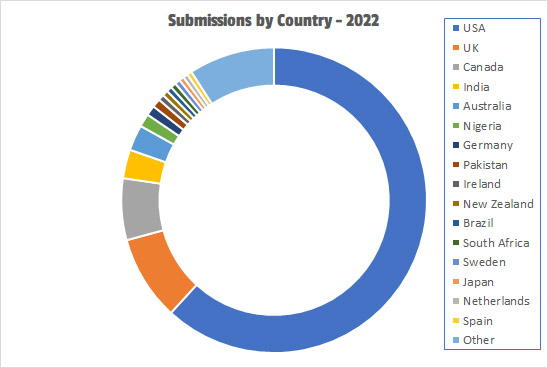 Similar charts for previous years can be found in last year’s report.

We saw a significant increase in plagiarism and AI-written stories, particularly towards the end of 2022. The overwhelming majority of these submissions are originating from three countries. The above data does not include those submissions, but may still be impacted by works we did not immediately identify as either. As the tools enabling these behaviors become more sophisticated, casual detection will decline and identification will become more time-consuming. The number of rejected, but undetected, works in violation will grow.

Anything seriously considered for publication is checked far more thoroughly than a rejected work. Anyone caught in violation is permanently banned from submitting.

A little more about the first week

2022 Submissions by Length and Genre and Volume