Not One of Us – Table of Contents and Cover 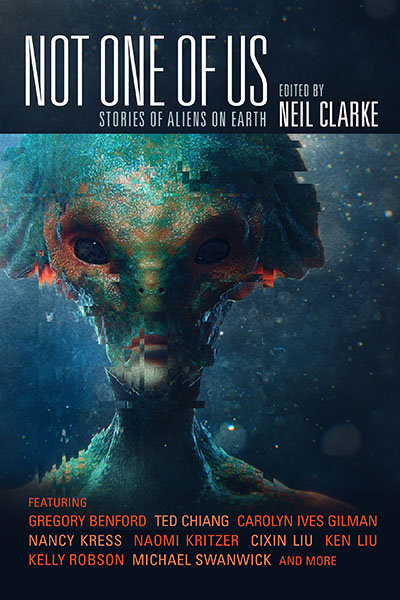 NOT ONE OF US

They Are Strangers from Far Lands . . .

Science fiction writers have been using aliens as a metaphor for the other for over one hundred years. Superman has otherworldly origins, and his struggles to blend in on our planet are a clear metaphor for immigration. Earth’s adopted son is just one example of this “Alien Among Us” narrative.

There are stories of assimilation, or the failure to do so. Stories of resistance to the forces of naturalization. Stories told from the alien viewpoint. Stories that use aliens as a manifestation of the fears and worries of specific places and eras. Stories that transcend location and time, speaking to universal issues of group identity and its relationship to the Other.

Nearly thirty authors in this reprint anthology grapple both the best and worst aspects of human nature, and they do so in utterly compelling and entertaining ways. Not One of Us is a collection of stories that aren’t afraid to tackle thorny and often controversial issues of race, nationalism, religion, political ideology, and other ways in which humanity divides itself.