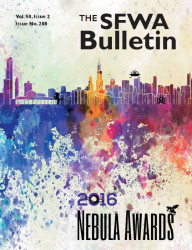 The Wednesday, I’ll be flying to Chicago for the 2016 Nebula Awards weekend. Copies of Clarkesworld #115 will be in some of the attendee book bags, the latest issue of The SFWA Bulletin (which I also edit) will be distributed, and early copies of The Best Science Fiction of the Year will be available (it won’t be in stores until June). If that wasn’t enough, I’ll be attending the Nebula Awards and cheering on our three nominees in the short story category: 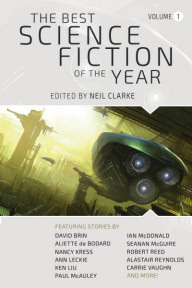 If you weren’t planning on being there, but live in the Chicago, you might be interested in the mass signing that will happen on Friday. Just check out the list of participants!

Out Today: Best Science Fiction of the Year