Now that Locus Magazine has published its recommended reading list for 2009, I can once again dig into my spreadsheets and take a look at how this year’s data reflects on the state of short stories. I’ve been monitoring the list’s short fiction category for a few years now and have always found the results interesting. 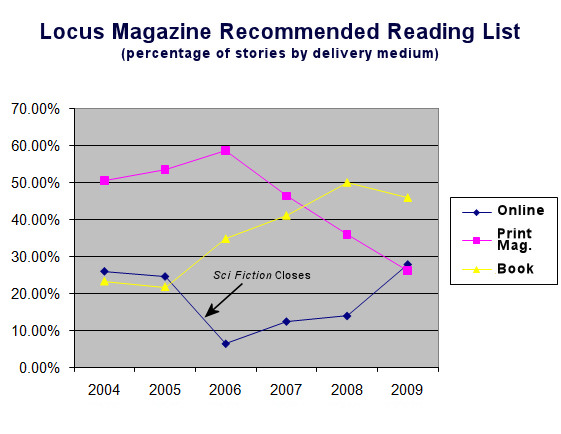