Following on the earlier post about international submissions, our submission data goes back to 2008, so I took another look at the data by year: 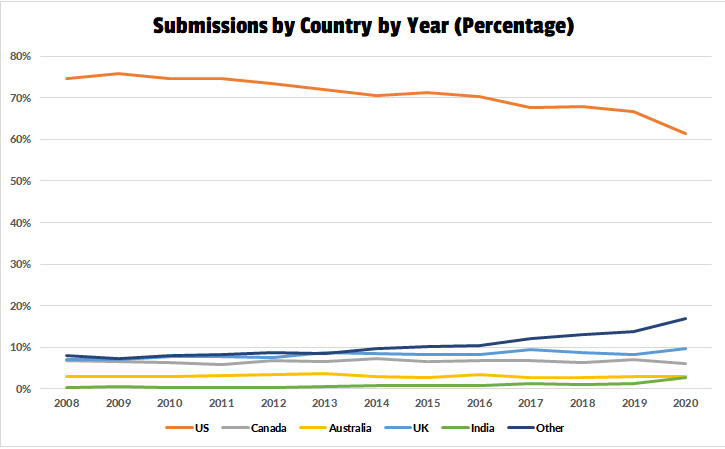 A closer look at the change in non-USA submissions: 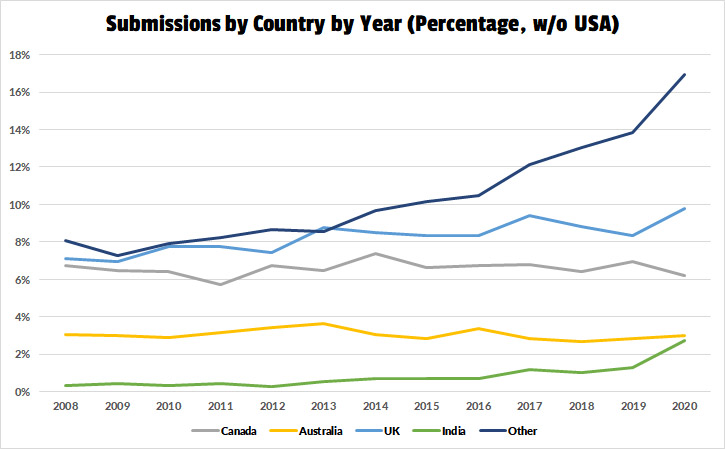 And to give you some sense of the variety of countries participating: (Keep in mind that 2008 and 2020 are both partial years in terms of available data.) 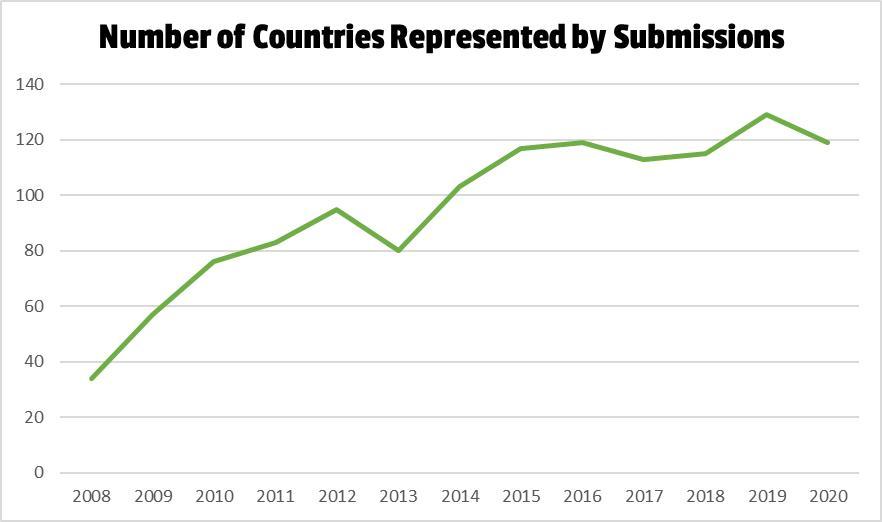 The lifetime top five countries (US, UK, Canada, Australia, India) were broken out separately because individually their data was the most influential. They were not chosen by language, but it shouldn’t be surprising that it fell that way. Creating “other” to represent the rest of the world allows me to show the progress being made internationally outside those countries. I’m not going to list all 120+ countries participating, but the top ten within other are: Germany, New Zealand, Ireland, Japan, South Africa, Netherlands, Italy, France, Philippines, and Spain.

A Windows into Clarkesworld Submissions by Genre

Best Science Fiction of the Year Volume 5, Table of Contents