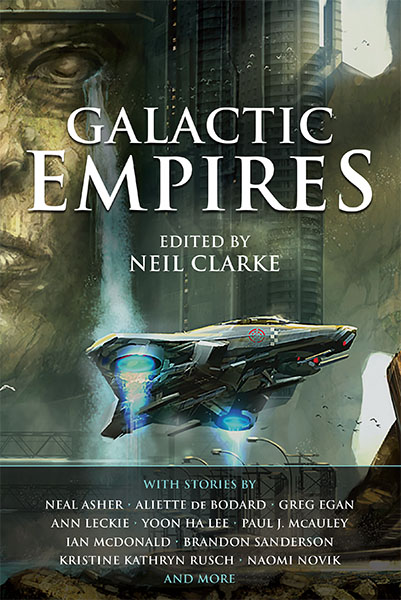 From E. E. “Doc” Smith’s Lensman, to George Lucas’ Star Wars, the politics and process of Empire have been a major subject of science fiction’s galaxy-spanning fictions. The idiom of the Galactic Empire allows science fiction writers to ask (and answer) questions that are shorn of contemporary political ideologies and allegiances. This simple narrative slight of hand allows readers and writers to see questions and answers from new and different perspectives.

The stories in this book do just that. What social, political, and economic issues do the organizing structure of “empire” address? Often the size, shape, and fates of empires are determined not only by individuals, but by geography, natural forces, and technology. As the speed of travel and rates of effective communication increase, so too does the size and reach of an Imperial bureaucracy. Sic itur ad astra—“Thus one journeys to the stars.”