Not in China (again)

I was supposed to leave for the 5th International Science Fiction Conference in Chengdu early last week, but I canceled the trip at the last minute due to concerns about my father-in-law’s health.

Sadly, he passed away early last Wednesday morning. (It’s something I’m just not able to write about at the moment.)

Throughout the week and into the weekend, I kept hearing from friends and acquaintances who wanted to wish us well and send their condolences. Thank you.

I was also treated to notes and pictures from friends I would have seen while in China. It was nice to be a fly on the wall in my down hours. From what I could see the convention was a big success and enjoyed by many. Congratulations to the organizers and I wish everyone luck in their bid to bring Worldcon to Chengdu. I have fond memories of my trip there two years ago and hope to return someday. This time, however, I needed to be home. I was there in 2D spirit though. 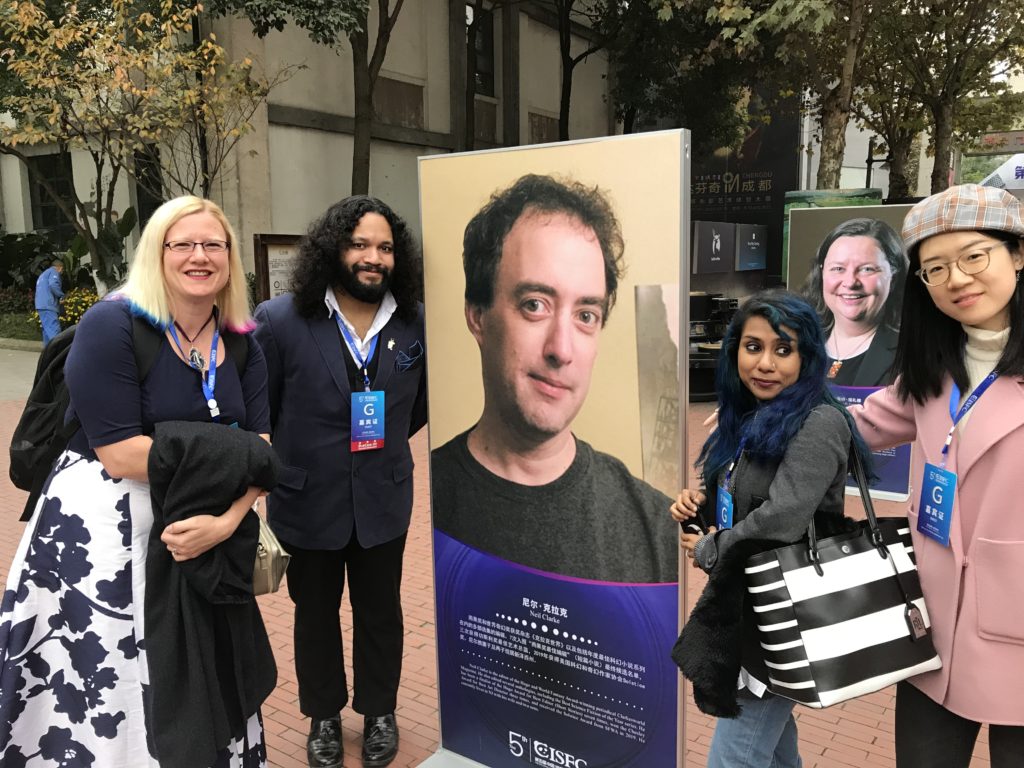 The two Clarkesworld Year Eleven anthologies are now available for purchase. Print copies will be available directly from us–via Wyrm Publishing–after they arrive. (Expected mid-month, but I’ll be traveling so it’s likely they won’t be available for sale in our store until after Thanksgiving.) Amazon has them now. 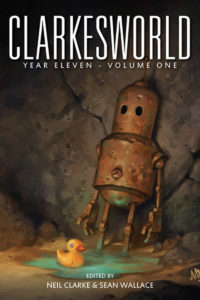 Unfortunately, my flight to China was canceled after a full day of issues at Newark airport. United Airlines gets points for good communications, but it seemed like chaos in regards to how they dealt with the mechanical issues. Early on, they told us they were considering getting a new plane. They should have. A quick look online revealed that the same plane had been delayed coming to us because of mechanical issues as well. That should be a red flag. (I could also go into details about the hotel vouchers and flight rebooking process–staffed by one–that awaited many of my fellow passengers, but I’m tired of this. At least they weren’t as bad as Aer Lingus.)

I ended up having to cancel my entire trip to the China SF conference. (A 19 hour flight with connections that had me arriving as the conference ended didn’t work for me, oddly enough.)

I am very disappointed not to be there and send my regrets to everyone I hoped to meet. It looked like it was going to be a great time and judging by the snippets and photos that have reached me so far, it look like it has been.

For their part in this mess, United offered me two travel vouchers. The first was laughable, but the second, while not great, was just good enough. I have another flight to China later this month and this might just get me a decent seat upgrade. Failing that, it could cover another flight I have planned in early 2020.

I was supposed to give a talk on International Science Fiction at the convention and had spent some time putting it all together. A few people there have asked about it, so I may record a voice-over for the slides and put it up on YouTube when I have some time.