Part of Clarkesworld business model includes producing an annual anthology that includes all the original fiction published during that year (October-September). With year nine, the books had grown so large that we needed to split them into two volumes. I’m a few years behind schedule on these now, but have recently been making an effort to catch up. Over the last few months, I’ve pulled together the loose ends on the four books that make up years ten and eleven. I can happily say that I have printed proofs of the books in hand and will have them finished within the week.

The next step is scheduling them for publication. I’ve been contemplating the possibility of releasing all four books at once, but maybe it would be better to do them in sets of two (complete year). They are POD (print-on-demand) titles, so I have a great deal of flexibility on when they can be released and how fast that happens. Will be giving it some thought over the next few days. If you’d like to chime in, please do.

As for year twelve, that’s in the preliminary stages of production and months away. The September issue of Clarkesworld marks the end of year thirteen, so that will have to start soon too. Expect that one in 2020.

Some stats for my fellow data nerds:

Yes, for some reason, the second half of the year seems consistently bigger than the first. Will be looking more closely at why that is happening.

The September 2019 issue of Clarkesworld Magazine is now online. 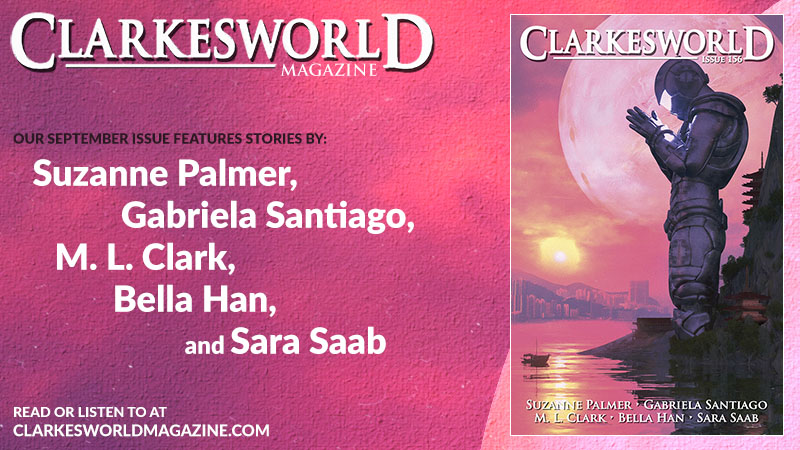