The 49th anniversary of the Apollo 11 moon landing was this month. So, obviously, next year is the big 50th anniversary. I am very happy to announce that I have signed a contract with Night Shade Books to edit THE EAGLE HAS LANDED: 50 Years of Lunar Science Fiction, a reprint anthology featuring some of the best science fiction stories (with some connection to the moon) published since Neil Armstrong took those historic first steps.

I’m old enough to have been alive when Apollo 11 landed, but not old enough to remember. My dad told me once that he kept me up and in front of the TV so I would see it. Now I get to edit an anthology connected to the event.

Like my other anthologies, there will be an open submissions and recommendations period for this project. I should have the details sometime in August. 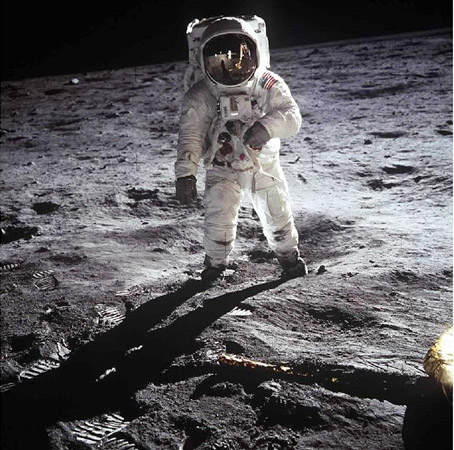 I’ll be attending Readercon in Quincy, MA this weekend. Light schedule this time:

Magazine and book editors will discuss how they scout and promote authors from outside the U.S. and U.K., sharing their expertise and best practices. How can writers and editors make the best use of resources such as Lavie Tidhar’s WorldSF Blog and Rachel Cordasco’s SF in Translation site? What would make it easier to find, publish, and publicize world speculative fiction?

I’ll also be in the Dealer’s Room at the Clarkesworld table during the open hours I’m not otherwise scheduled for. 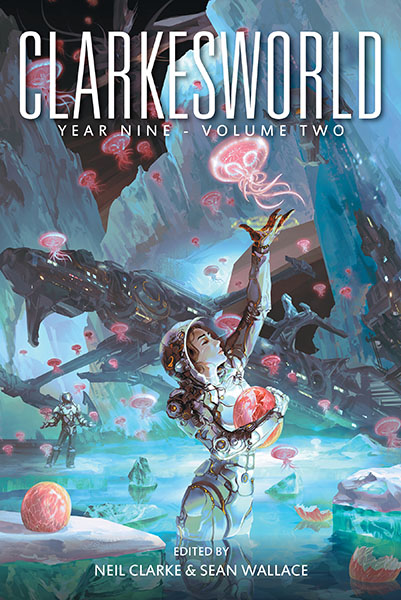 Since 2006, Clarkesworld Magazine has been entertaining science fiction and fantasy fans with their brand of unique science fiction and fantasy stories. Collected here are all of the stories this Hugo Award-winning magazine published during the second half of their ninth year. Includes stories by Emily Devenport, Matthew Kressel, Yoon Ha Lee, Sam J. Miller, Robert Reed, Martin L. Shoemaker, Han Song, and many more!

Introduction by Neil Clarke
The Empress in Her Glory by Robert Reed
Postcards From Monster Island by Emily Devenport
Loving Grace by Erica L. Satifka
The Petals Abide by Benjanun Sriduangkaew
Mrs. Griffin Prepares to Commit Suicide Tonight by A Que
For the Love of Sylvia City by Andrea M. Pawley
Somewhere I Have Never Traveled (Third Sound Remix) by E. Catherine Tobler
Asymptotic by Andy Dudak
Snakes by Yoon Ha Lee
It Was Educational by J.B. Park
This Wanderer, in the Dark of the Year by Kris Millering
Forestspirit, Forestspirit by Bogi Takács
The Hunger Tower by Pan Haitian
The Algebra of Events by Elizabeth Bourne
Android Whores Can’t Cry by Natalia Theodoridou
Let Baser Things Devise by Berrien C. Henderson
Security Check by Han Song
Ossuary by Ian Muneshwar
The Servant by Emily Devenport
An Evolutionary Myth by Bo-young Kim
Further North by Kay Chronister
Cremulator by Robert Reed
The Occidental Bride by Benjanun Sriduangkaew
Preserve Her Memory by Bao Shu
The Garden Beyond Her Infinite Skies by Matthew Kressel
When Your Child Strays From God by Sam J. Miller
Today I Am Paul by Martin L. Shoemaker
About the Authors
Clarkesworld Census
About Clarkesworld

Copies will also be available at the Clarkesworld table at Readercon this month.