Every now and then, I dive into the data from the Clarkesworld Magazine submissions system. This time, I’m looking at our 2015 data.

In looking over this data, please keep in mind that these charts represent QUANTITATIVE data which would incorrectly imply that all stories are equal. The process of selecting stories for publication is a QUALITATIVE process reflective of our opinions. If we were to receive more zombie stories than any other kind of story, it wouldn’t necessarily mean that we would be more likely to publish zombie stories. I don’t like zombie stories, so we don’t publish them. Quantity can be misleading in a qualitative process. 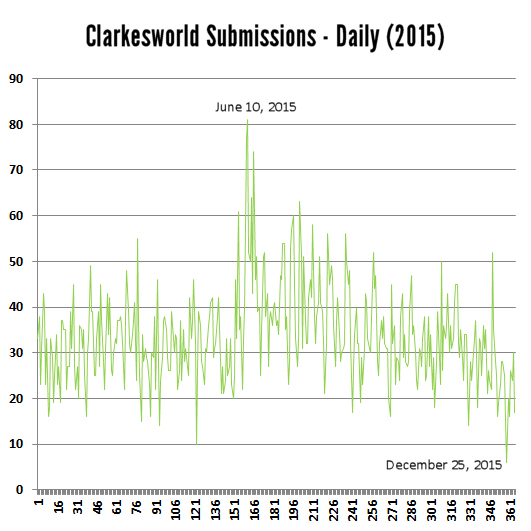 The spike in June corresponds with the increase in our upper word count limit to 16,000. A number of writing-for-pay websites capitalized on the announcement and sent hundreds of people our way. 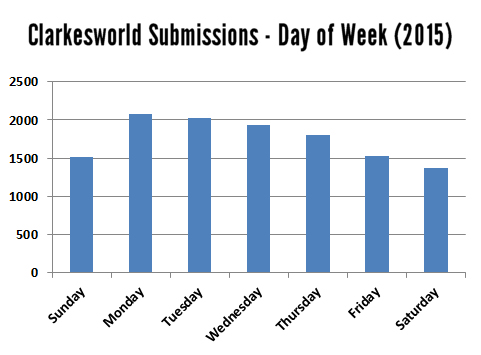 We get fewer submissions on the weekend. 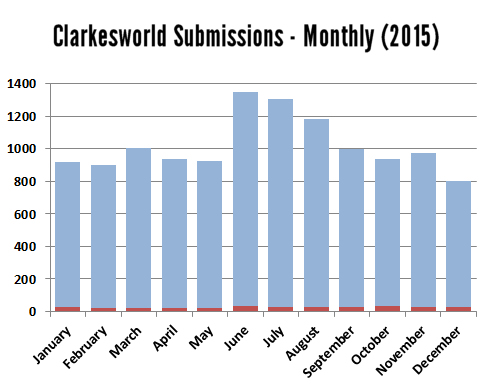 This chart shows the submissions by month in blue and the “near miss” letters by month in red. In 2015, 2.53% of all submissions received our top-tier rejection letter. The monthly average for submissions was just over 1000 and the first two months of 2016 have trended higher. 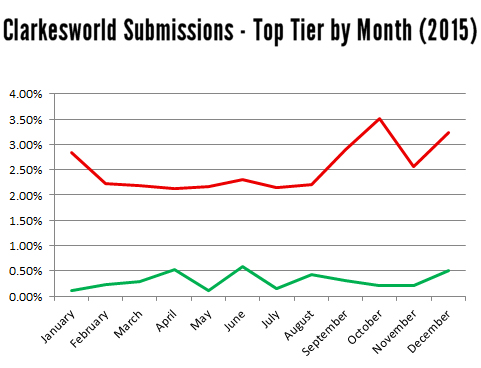 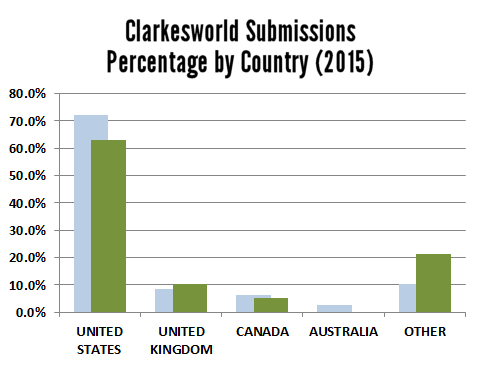 Note: If you feel inclined to proclaim that this data indicates that I have a bias towards international submissions, perhaps you should read this editorial. That said, it pleases me that Clarkesworld has a more global representation of science fiction. There’s a lot of great work written beyond our shores.

This chart breaks out “other” in the prior chart and only includes countries from which we received 10 or more stories. Interestingly, China’s numbers have fallen despite our special translation project. I’m wonder if Chinese authors think that’s their only way in now. (It isn’t.) 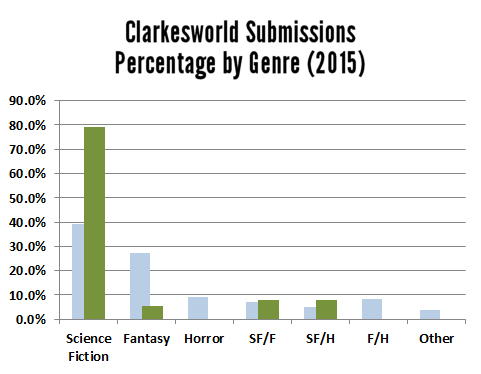 This last bit of data doesn’t require a chart. The average word count for our 2015 story submissions was 4495. That’s fairly consistent across genres with the exceptions of horror (shorter) and SF/F (longer). Acceptances, however, averaged 5650 words. I expect both of these values to climb slightly in 2016. (More to do with the higher word count limit than a specific preference.) 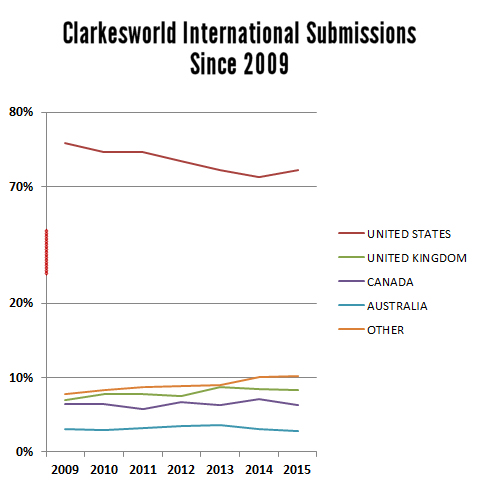 I appear to have inspired a panel